Instead of the familiar square Apple Watch design with separate band, Apple has also researched making a single piece from a curved, or wrap-around, display.

Where rivals have produced smart watches with round displays, Apple has always stuck to its more square design, from the start right up to the current Apple Watch Series 6. Among the many patents Apple applies for, and is granted, though, there is now one that appears to center on a round face.

The innocuously-named “Display module and system applications,” is a newly-granted patent, with many illustrations of what appears to be a round-faced Apple Watch. Significantly, none of the illustrations shows an example Apple Watch face.

Rather, they show what the patent describes as a “flexible display panel” that may be used on any kind of “wearable electronic device.”

“In one embodiment, the wearable electronic device is a smartwatch including a watch face, band, and clasp,” says the patent. “A flexible display panel may be integrated into the smartwatch so that it spans both the watch face and band.”

Illustrations of flexible display configurations, and their descriptions, show rows of display elements. They’re only illustrative, but what they suggest is that a Watch display could be made up of multiple panels — and each is square or rectangular.

However, Apple is clearly concerned about making maximum use of a device’s real estate to show as much display as possible. “[For instance],” says Apple, “a bezel width surrounding the display panel can be minimized, for example below 4-5 mm or even less than 1 mm, less than 0.5 mm, or eliminated.” 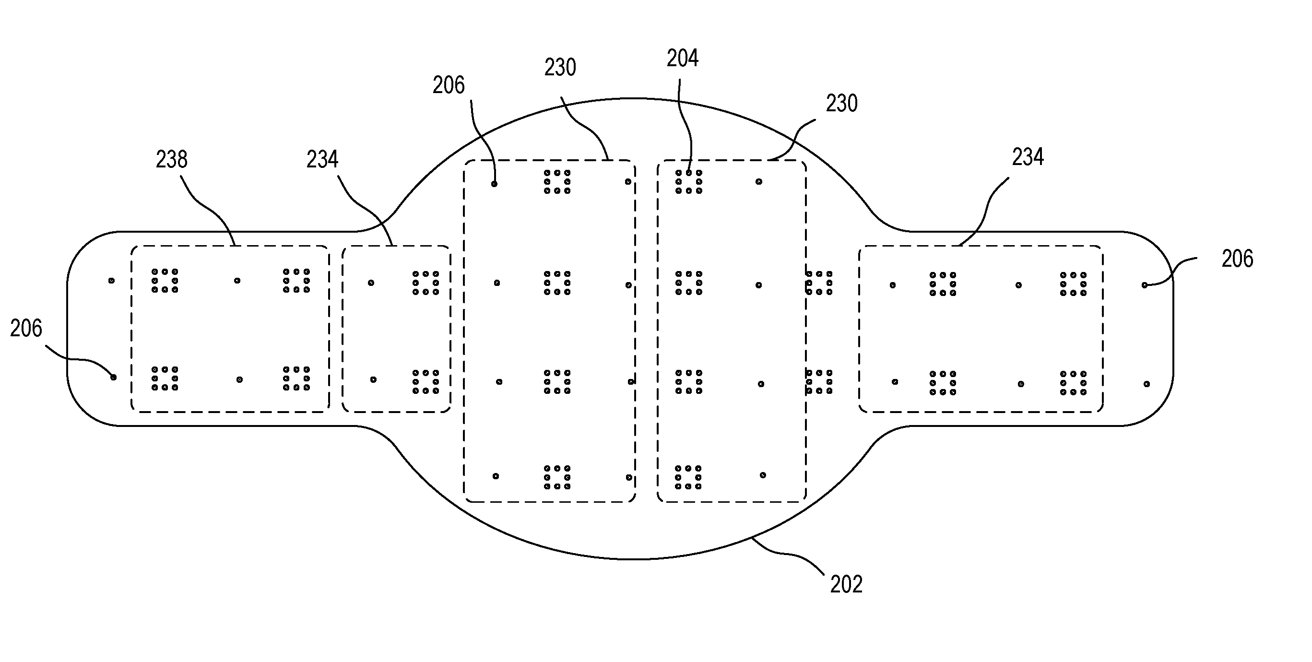 Detail from the patent showing how elements of the flexible display could be arranged. Notice they’re not round.

“Thus, the bezel design of the smartwatch can be designed for aesthetic concerns rather than as a requirement for allocating space for a contact ledge,” it continues.

Apple has previously looked into flexible screens for a potential foldable iPhone. It’s also researched making Apple Watch bands that can provide information to the wearer through Braille.