GoPro’s mobile app Quik allows users to quickly create content using photos captured with the GoPro as well as with the iPhone cameras. It’s a massive overhaul, and we’ve been testing it out for the past few weeks.

Everyone loves snapping pics and video, but most of it stays forever on your phone. Apple itself has worked on features that surface your shots with the Memories feature of the Photos app.

Apple isn’t alone. We’ve seen dozens of apps try to make it easy to create short videos or even turn your digital content into physical photos. More often than not, they fall short.

When we got word GoPro was releasing an app like this, it immediately piqued our interest. GoPro knows content, and the GoPro app always had editing as a feature — but it limited you quite a bit.

Quik is an extensive facelift.

The Mural is a private wall to relive your photos. You can add to that Mural from a connected GoPro from the photo viewer, although it can take a little while to load if many images are being migrated. If someone texts you a pic or you find one online, you can also use the Share Sheet to pop it into the Quik app.

Your Mural gets broken down by events that you can create. All the event cards are large, with a row of thumbnails below showing the content in that event. You can pinch to zoom in further and tap to play your Mural video. 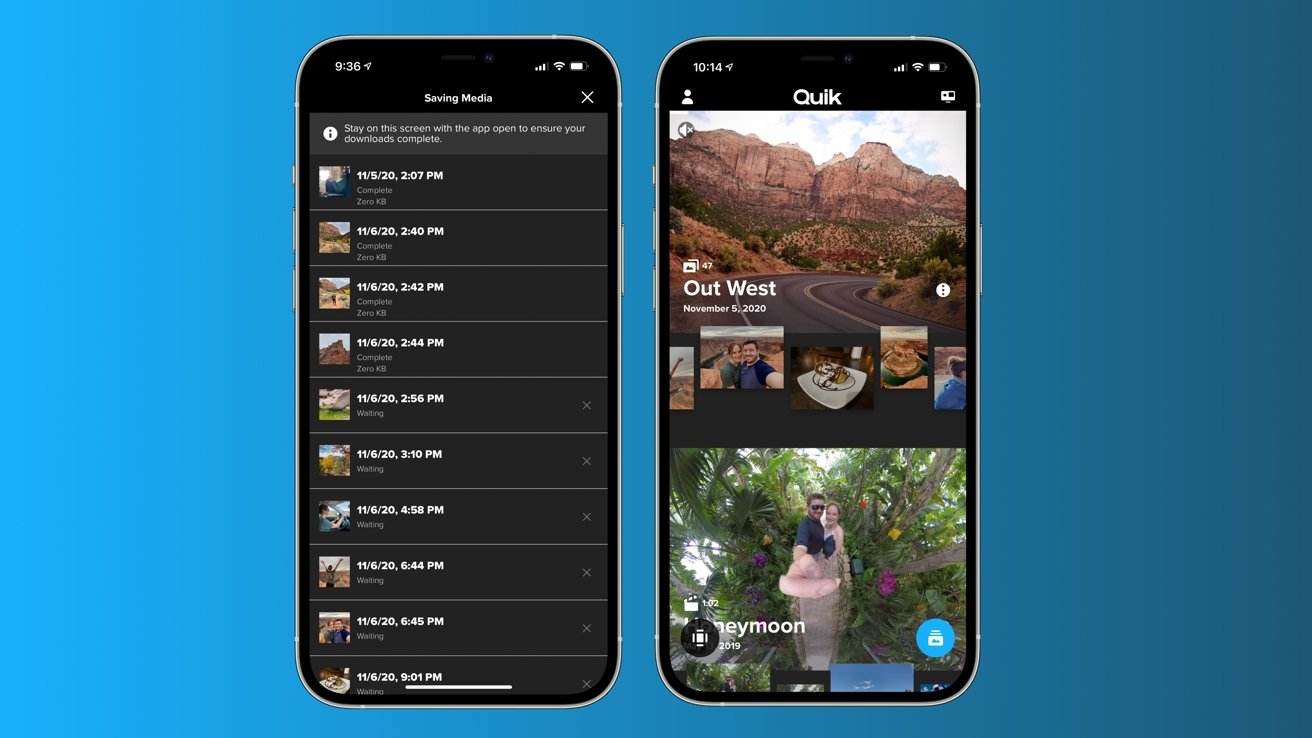 When you watch the video, you can hop in at any time to change the photos, add filters, edit them, add effects, and change the music. GoPro has provided nearly 20 royalty-free tracks out of the gate, with many more on the way.

Users can re-frame any photo or clip in the video, adjust the speed, apply a selection of professional themes, or overlay text. The new features add a huge amount of control we’ve always found missing from Apple’s Memories feature.

Easy as its name

Quik can be as easy as its name. If you don’t want to do a lot of editing, you can import the pics you like, and the app will automatically compile a video that looks fantastic in just a few moments. But the added control is what sets Quik apart.

We love that it works with any content you may have, too. We brought in images from our GoPro Hero 9 Black, our Insta 360 X2, our iPhone, and our Nikon Z 7 mirrorless camera.

The learning curve is short, and we caught on after only a few minutes of tinkering around with the free app. When the most prominent alternative is the annoyingly-rigid Apple Photos Memories, this is a much better option. 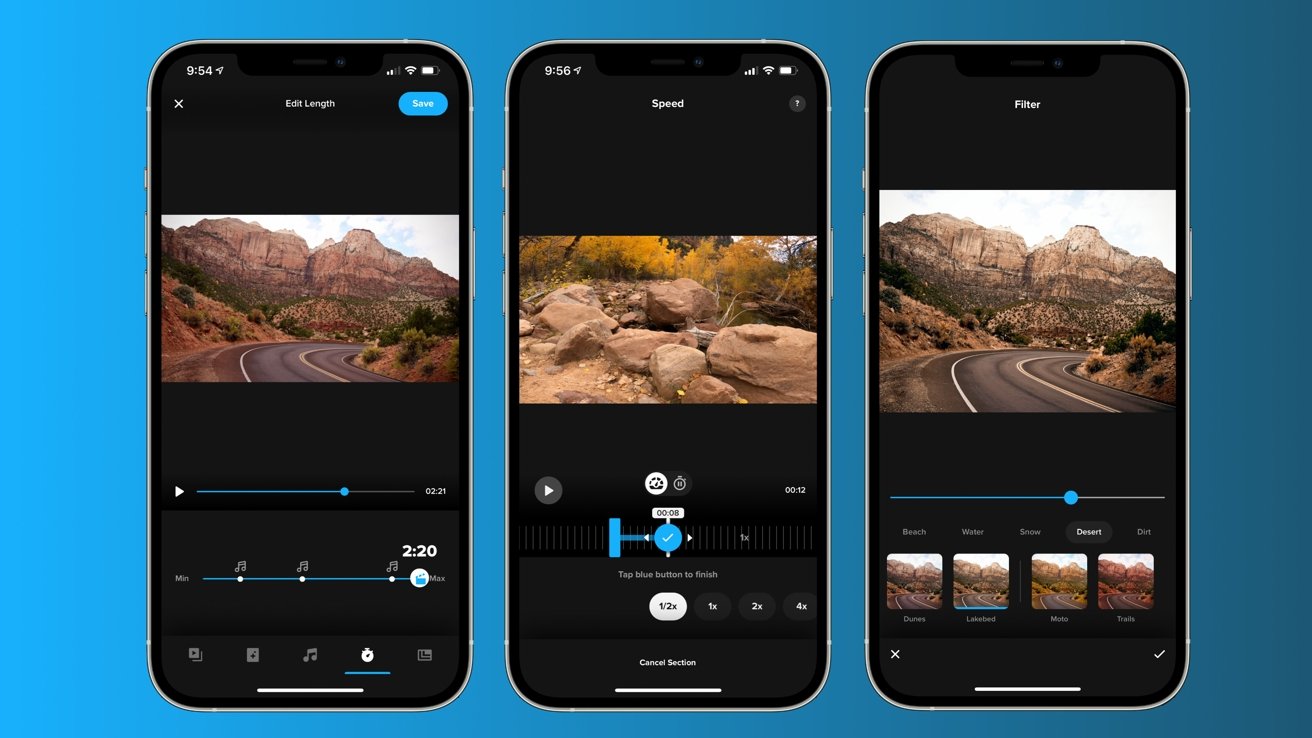 There are tons of editing options in Quik

This app is also one that pushes your phone to the limits. We tested this on our iPhone 12 Pro Max and at times applying filters and effects to our 4K video or massive Nikon images it would take some time to process. It is one of few apps that feels like it is tapping into the power that the iPhone offers to get the job done. If you’re on an older device, these load times may be more pronounced.

Where the app falls flat is its ability to use AI and machine learning to put together the Mural videos. This is where Apple shines with the Photos app, which always seems to be able to focus on the subject more often than not and pan the shot accordingly.

GoPro Quik will sometimes brazenly crop a person’s head off. The person was wearing a mask, so perhaps that is why, but this is still unacceptable. Fortunately, Quik can re-frame shots, so it isn’t that difficult to correct — but it shouldn’t be the case in the first place.

More obnoxious is the clip layout. When we added additional files to the Mural, it just dumped them at the end, which required us to long hold and drag them all back into order. This can be tedious if you’re towards the 75 file limit.

Beyond just editing content, Quik allows you to fully control your GoPro cameras. Users can import footage from your HERO or MAX cameras, control and change perspective on your 360-degree footage, and bring them into your Murals.

Get a live preview at a distance, start and stop recording, and adjust settings, all from your phone, and one app, simultaneously.

As we already mentioned, this app is free to download. Much of the app is available with that free version, but GoPro is also introducing a paid tier. A $9.99 per year subscription grants access to unlimited tools, filters, music, and themes.

That subscription also nets users unlimited cloud backups. Quik automatically uploads everything to the cloud at original quality so you never lose a shot.

The GoPro subscription also still exists for $49.99 a year which gives you a $100 credit for up to three cameras each year, 50 percent off accessories from GoPro, guaranteed camera replacement, high-quality live streaming on GoPro’s platform, as well as all the new benefits of Quik.