Charges have been dismissed against the Ohio mother who was arrested for leaving her children alone in a motel room while she was at work.

As theGRIO previously reported, Shaina Bell was at work when her children’s father allegedly tipped off Liberty Township police to a Motel 6 where the 24-year-old’s daughters— ages 10 and two, were awaiting their mother’s shift to end.

Bell informed law enforcement that she typically had someone check on the girls every hour while she works at a local Little Caesars. 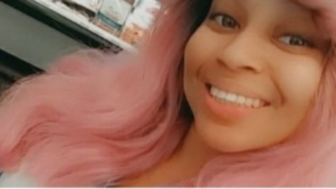 Bell was arrested at her job and pleaded not guilty to child endangering. WFMJ reported the children were turned over to their father and she was released on bail. When the story made national headlines, many showed support for Bell, giving donations via a GoFundMe of over $165K.

She told WKBN in February that she intends to use the money to buy a house for her family an in a recent update to the fundraiser, it appears that she has.

During a pretrial hearing in Girard Municipal Court Wednesday morning, Bell pleaded no contest to two disorderly conduct charges and was found not guilty, as reported by WKBN.com.

“When the matter arose, I was personally offended that this young woman was arrested and taken to jail instead of just being served with a summons. That should never have happened. People with more serious offenses are not being taken to jail at this time,” said Judge Jeffrey Adler Wednesday in court. “Based on everything I know about the case, it could have been handled a lot differently. I think Miss Bell learned a lesson here.”

Arizona Rep. Ruben Gallego (D) shared Bell’s story on Twitter in February and called out the impossible standards in place for mothers who hope to provide for their children without judgement from the outside.

“Women are dammed if they do or damned if they don’t,” Gallego tweeted. “Stay at home with your kids and receive government assistance and you are a leach, go to work for poverty wages and can’t get consistent sitters and go to jail.”

Quality Control music label executive Pierre “Pee” Thomas also commented on the story, reflecting on times where his own mother was forced into similar situations. He was listed as the top donor on Bell’s GoFundMe campaign, organized by a community member, Danielle Hosey.

“Someone get me this young lady info. My mom used to have to do the same thing when we were young, not cause of abandonment issues, it’s because people can’t afford child care working at a pizza shop. She wasn’t hanging out at a club. She was at work,” the hip-hop label head wrote.

Pee donated $10K to help provide permanent housing and care for Bell and her children. According to the online fundraiser, Hosey started the page to help the Bell family long-term. 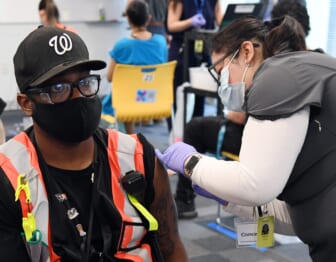 “This campaign was created to help Shaina and her children raise the money they need in order to secure permanent and safe housing. Everything raised will go directly to establishing a safe and permanent home for Shaina, Faith, Jai’Sean, and Jade,” the page stated.

“We understand that everyone has a story and we are grateful that you are listening to ours. From the bottom of our hearts, we not only appreciate the financial contributions, but also the outpouring of support in the form of kind words and understanding.”

Judge Jeffrey Adler said in court on Wednesday that Bell’s case should have been handled by Children Services.

0
0   0
previous The Source |Sean Paul Weighs In on Lack of Crossover Dancehall Artists Since Early 2000s
next Issa Rae to play Spider-Woman in Spider-Man: Spider-Verse sequel