Tom Brady And Patrick Mahomes to Share 'Madden 22' Cover Together


Announced at WWDC on Monday, iPadOS 15 brings notable new features to the device, such as Quick Note and Live Text, but multitasking remains largely unchanged.

Once Apple announced the new M1 iPad Pro at their “Spring Loaded” event, it seemed like big changes were coming to iPadOS multitasking. Some improvements were put on display during Monday’s keynote, but in day-to-day use the functionality is very similar to past iterations.

The majority of multitasking on iPadOS is still accomplished with a side-by-side app setup called Split View. When a user has a full screen app open, they are able to drag a second app from the Dock or Spotlight search to either side of the screen and have both visible simultaneously. From there, users can resize an app to take up one-third of the screen or dismiss it entirely.

In addition to Split View, users can add a third app in Slide Over by swiping from the right edge of the screen. These multitasking features were introduced with iOS 9 and continue to be the only methods of using multiple apps on iPadOS.

Apple added a new multitasking menu icon that appears at the top of every app with quick actions to enter Split View or Slide Over. This may help users discover the feature, but doesn’t add new functionality. One benefit of this new menu icon is a visual cue of which app is currently “active,” which triggers when a user starts typing. 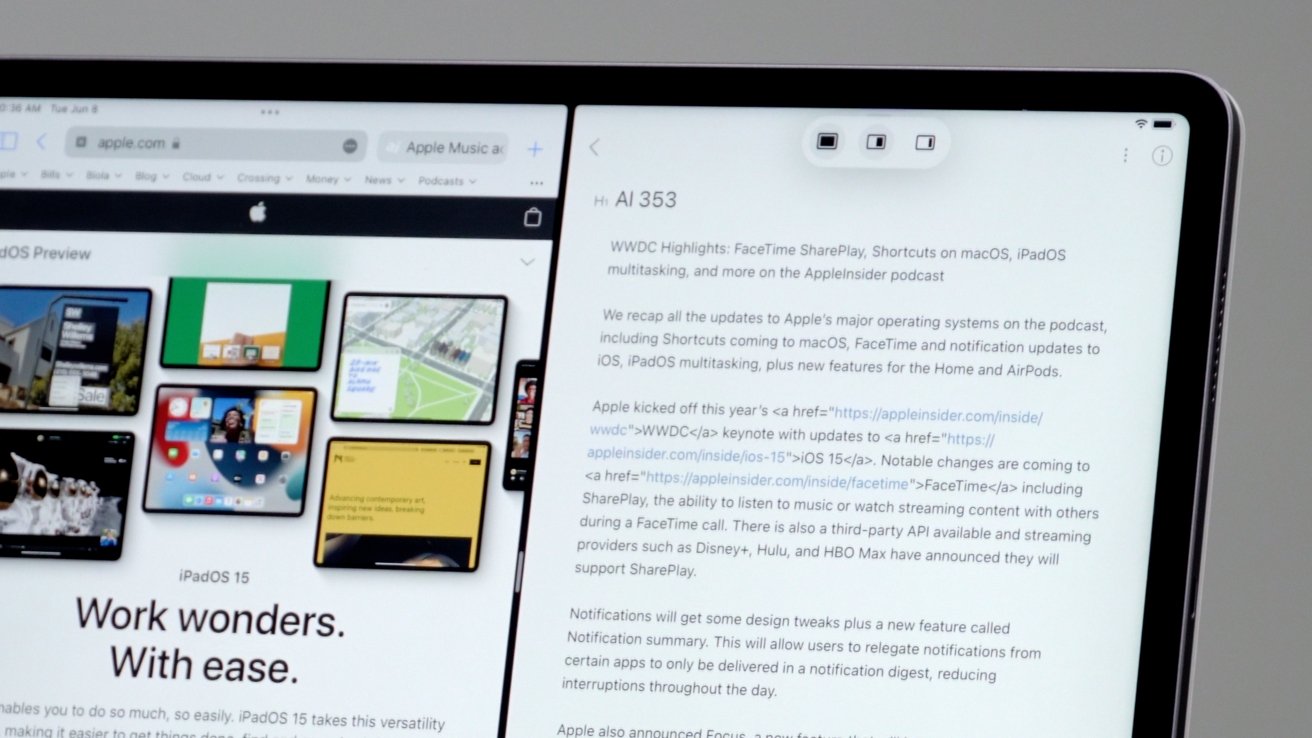 Aside from the menu icon, Apple introduced a new Shelf feature. This allows an app to have multiple windows open in the background and provides quick access to switch between them. Unfortunately, accessing the Shelf in iPadOS 15 is unintuitive and the keyboard shortcut is not currently listed when holding down the Command key on Magic Keyboard. 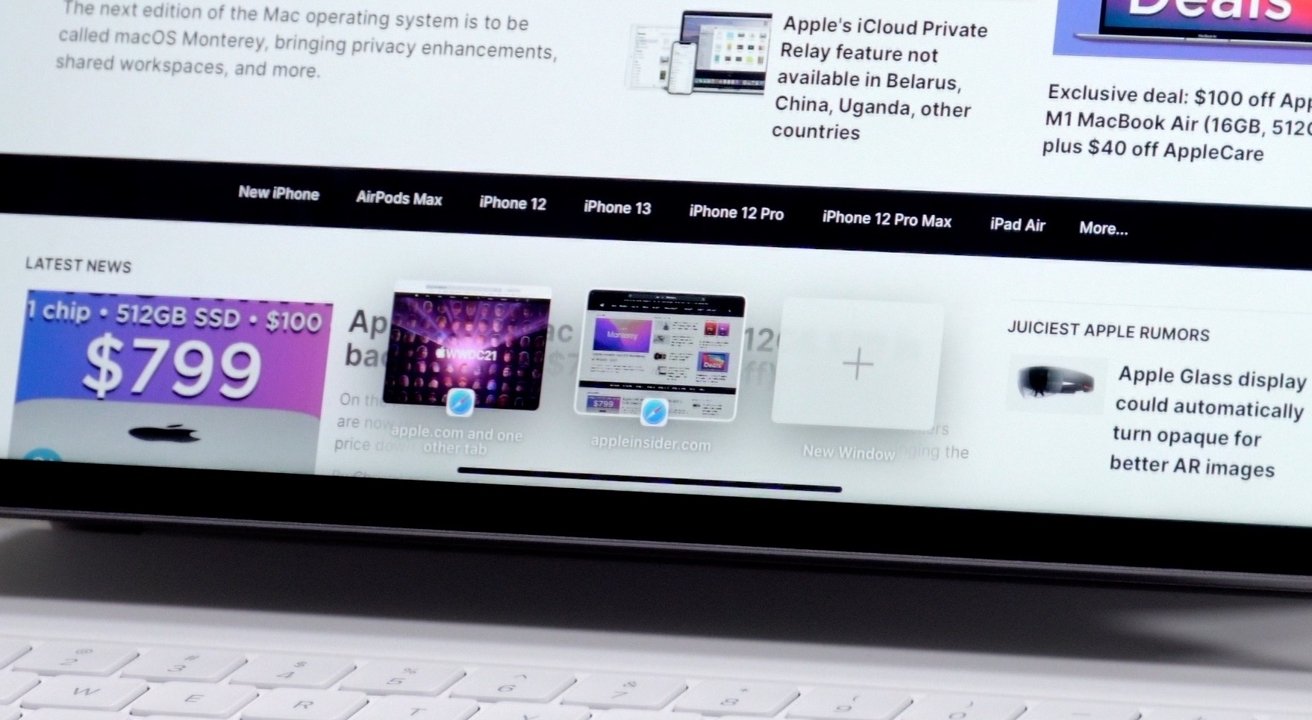 App Library, which debuted in iOS 14 for iPhone has now come to iPadOS. The App Library sits in the Dock and allows users to drag apps into Split View and Slide Over with ease.

During the keynote there was no mention of new APIs to take advantage of the 16GB of RAM on iPad Pro, Files app improvements, or better background audio input / output controls. While the new menu icon and Shelf may help some users discover some features, experienced iPad users won’t see much difference in multitasking with iPadOS 15.

Follow all of WWDC 2021 with comprehensive AppleInsider coverage of the week-long event from June 7 through June 11, including details on iOS 15, iPadOS 15, watchOS 8, macOS Monterey and more.