Indigenous Peoples’ Day is gradually replacing Columbus Day, and we as a culture are here for it. In fact, we have been for quite some time. This is a day of remembrance, a day to honor the ancestors and elevate the original people who walked this land.

It is only fitting — in this time of post-Floyd racial reckoning and a coming to terms with a shameful whitewashed American history and a legacy of genocide — that people renegotiate their relationship with America. This process includes a rejection of symbols and monuments to colonialism, theft, rape, plunder and mass murder.

This is likely why President Joe Biden recently reversed Trump-era environmental protection cuts of sacred Indigenous spaces and signed a proclamation marking the first time a president has acknowledged Indigenous Peoples’ Day as a national commemoration.

“Our country was conceived on a promise of equality and opportunity for all people — a promise that, despite the extraordinary progress we have made through the years, we have never fully lived up to,” Biden’s proclamation reads. “That is especially true when it comes to upholding the rights and dignity of the Indigenous people who were here long before colonization of the Americas began.”

From its inception, Columbus Day has been problematic at best — a holiday in honor of white supremacy, to celebrate a man who “discovered” a land that had been inhabited by ancient civilizations for as long as 23,000 years. Columbus’ “discovery” brought on centuries of Indigenous genocide, African enslavement and global colonization. Let us talk frankly here. It was the holiday that made Italians white and truly American — after being regarded as an inferior race facing discrimination and even lynching — when there are many other Italians worthy of honor. 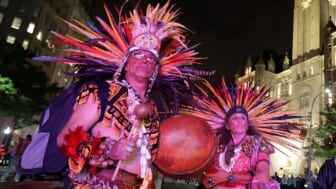 And let us remember the armed white vigilantes who guarded the Christopher Columbus statue in Marconi Plaza in Philadelphia when Black folks and racial justice activists sought its removal. When armed white supremacist thugs are the last line of defense for Columbus, what more do you need to know about Columbus? As statues of Columbus, Confederate terrorists, enslavers and colonizers are being toppled and beheaded — from Boston, Massachusetts to Bristol, England, it is not enough to declare what we abhor. The question is, what do we wish to uphold, and who do we hope to uplift? What are we building and who are we supporting?

With over a dozen states and the District of Columbia celebrating the alternative to Columbus’ Day, Indigenous Peoples’ Day is a perfect example of reclaiming history and centering the lives of those who are often rendered invisible.

And losing millions of lives, having your land dispossessed, your children kidnapped and placed in boarding schools designed to kill Indian language and culture — this is enough to render you invisible to the mainstream white society. After all, sports team mascots mocking Native people are still a thing, with the Washington Football Team changing its racially offensive name just last year after corporate sponsor FedEx demanded the change. Society behaves as if Indigenous people no longer exist, or as if they couldn’t care less.

Indigenous Peoples’ Day is a concept that should resonate with Black people. Black people are among Indigenous people in the Americas and around the world, and this is a long history. As the late Rutgers University scholar Ivan Van Sertima taught us, the African presence in the “New World” predates Columbus by centuries.

Honoring the culture and history of Indigenous people means honoring the ancestors. “One thing that makes Native Americans different from Whites is that most of us view our ancestors as close as our families today,” tweeted Native American lawyer Brett Chapman, whose relative Standing Bear was the first Native American to win civil rights in the U.S. “I see all the injustice done to my ancestors like Standing Bear and know that was something my family suffered. It’s more visceral for Natives.”

Chapman recalled what his great-great-great grandfather Chief White Eagle told an Alabama church of racist Southerners in 1883: “He said they were selfish, he wasn’t Christian and Native Americans don’t believe in Hell because Hell is in fact living in America with the Whites.”

But Indigenous People’s Day is more than just remembering history. Our very survival as a planet depends on following what the ancestors did as stewards of the land who protected the Earth for thousands upon thousands of years, until the white man depleted the land, the resources and people — all for profit. 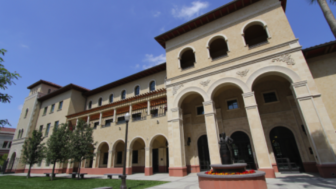 Indigenous communities hold over half of the world’s land, with 5% of the world’s population protecting 80% of the world’s biodiversity. The communities have legal rights over only a small fraction of that land and are under threat. Community and Indigenous lands have lower deforestation rates and store a quarter of the world’s carbon stock, making these lands crucial to fighting climate change. And the knowledge that Indigenous people have gained over the centuries is helping us understand weather changes.

This is why we must welcome Indigenous Peoples’ Day. If we want to know where we are going, we must understand and honor the people who came before us, and on whose land we live.